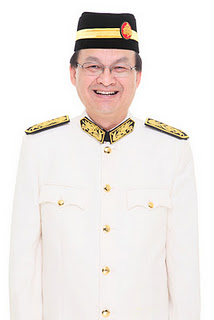 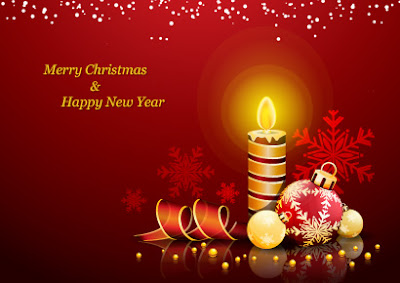 A Merry Xmas and a happy New Year to all readers
The administrators of The Broken Shield wish all readers of the blog a Merry X'mas and a Happy New Year 2012, praying that X'mas will further strengthen your love for God and that you and your families will be blessed with joys and happiness.
Likewise, the New Year will also hopefully bring greater prosperity and good health ‘betuah- belimpah, kaya-raya, gerai-nyamai’ to all readers.
We will be celebrating our X'mas at Kpg. Semabang, Simunjan.
From the administrators
Posted by Jetty at 10:37 AM No comments: Links to this post

Pic source: http://www.freemalaysiatoday.com/2011/12/16/taibs-sister-ordered-to-pay-natives/
KUCHING:  The Kuching Court on Friday ordered the defendants including quality concrete holding, a company owned by Chief Minister Abdul Taib Mahmud’s sister Raziah to pay RM160, 000 over damages to Numpang Anak Suntai and Iban landowners of Sebangan and Sebuyau.
The other defendants were Loyal Billion Sdn Bhd, the Director of Forests and the state government.
Numpang and 14 other landowners on behalf of 276 Ibans sued the companies and the government for encroaching into 3,305 hectares of forests claimed by the natives as their native customary rights land.
Quality Concrete, which is owned by Raziah was sued as it is the licence holder, while the Loyal Billion company was the contractor.
The Forest Department, the Director of Lands and Surveys and the state government were also named as defendants.
When the case came before Judicial Commissioner Ravinthran N Paramaguru this Friday morning, lawyers for defendants told the court that the Director of Forest had agreed to exclude three areas on the western side of the timber licence (T/8473) which is within the area marked as native customary rights.
The defense counsels said that there was no more timber licence granted on any part of the area claimed by the plaintiffs as NCR land in the marked in the map which is attached to the statement of claim.
Both lawyers for the plaintiffs and defendants agreed to an amicable settlement on damages.
The natives had claimed that their land was damaged as a result of the construction of roads and extraction of timber from the land, which is not a licensed area.
They also alleged that the rivers which are important for their daily needs have been found to be polluted by the logging activities.
This had also affected their farms, hunting and fishing ground as well as their cultivated gardens.
The natives wanted the court to assess the losses and damages suffered by the people.
In consenting to the order, the judge ordered the second defendants to pay to the plaintiffs a sum of RM160,000 over damages and this consent order shall not in any way affect the plaintiffs’ claim vis a vis the 5th defendants (Director of forest), sixth defendants (Director of Lands and Surveys) and the seventh defendants (the state government).
The judge said that the payment of the said RM160,000 is to be made payable directly to Baru Bian Advocates and Solicitors, and the first defendant (Quality Concrete) and the second defendant (Loyal Billion) shall not submit their application for renewal of timber licence over the licence area shaded yellow in the locality map annexed herewith and marked as exhibit ‘Q’.
Meanwhile, the suit by the Ibans will proceed next week against the Director of Forest, the Director of Lands and Surveys and the state government over their claims that 3,305 hectares of the forest are part of their native customary rights land.
Posted by Jetty at 11:51 PM 4 comments: Links to this post

Taib’s Corruption – The Grandest Scandal of Them All?

KUCHING: Sarawak PKR Chief Baru Bian calls on the Malaysian Anti-Corruption Commission, the Attorney General and the Inspector General of Police to investigate the alleged corruption said to be the ‘grandest scandal of them all’ allegedly involved the Chief Minister of Sarawak Abdul Taib Mahmud.
“The scandal is furnished in a letter sent by a group of international and Malaysian non-governmental organisations (NGOs) which expose Taib’s alleged wealth.
“The Malaysian authorities must respond immediately to the letter and the evidence furnished by these NGOs,” stressed Bian, who is the Ba’Kelalan Assemblyman.
He was referring to a news item by AFP which said that a group of international and Malaysian NGOs have written a letter to the Malaysian authorities demanding the immediate arrest and criminal prosecution of Sarawak Chief Minister Taib Mahmud and his family members for the alleged illegal appropriation of public funds.
The news item on the scandal was widely published in news portals in the country some of which have described it as the grandest scandal of them all.
“While Taib’s wealth is not a secret, the details provided by the NGOs are shocking. Taib and his family’s alleged interest in just 14 companies amount to RM4.6 billion.
“In total, Taib and his family are alleged to have interests in 332 Malaysian and 85 foreign companies,” he said.
Bian said: “This debunks his recent official interview where he stated that his family’s wealth is accumulated from business abroad and due to their talents.
“Unfortunately, this allegation will continue the downward trend of Malaysia’s corruption score, making a mockery of Prime Minister Najib Razak’s transformation agenda. As Transparency International has stated, Malaysia continues to slide due to its inaction on ‘grand corruption’.
“In other cases, the most recent being the alleged RM250 million National Feedlot Corporation scandal involving Minister Shahrizat Jalil and her family, the authorities do nothing.
“If they continue to remain silent in this grandest alleged corruption cases of them all that has now come to the world’s attention and drawn wide interest internationally, not only will our country’s image continue to deteriorate, but so will the faith of the rakyat,” he said.
Posted by Jetty at 1:43 AM 15 comments: Links to this post 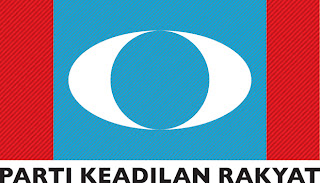 SUBMISSION TO THE
PARLIAMENTARY SELECT COMMITTEE
FOR ELECTORAL REFORM

2. Adoption of Submission by Bersih 2.0

3. Issues of Particular Concern to Sarawak:

iv) Cleaning Up the Electoral Roll

v) Mandatory Signing Of Form 14 By All Polling/Counting Agents

Destiny of Sarawak be determined by Sarawakians