Among others, the Federal Court accepted the law on NCR land as stated by justice Ian Chin in the High Court in the Nor Anak Nyawai case in which he held inter alia that NCR land includes both cultivated or cleared land, for example "temuda", gardens, and burial grounds, former longhouse sites, and communal forests or "pulau galau" in Iban within the communal land boundary or antara menua of a longhouse.

“The significance of the Federal Court decision is that the NCR land of the natives covers or comprises all the land within the communal land boundary of their longhouses, i.e. both cultivated and forested areas therein.

“Licences for logging and planted forests and leases for oil palm plantations issued by the state which overlapped with the land within the communal land boundary of the longhouses do not or cannot extinguish the prior NCR of the natives.


Natives can sue the government

More than one million hectares of land, the bulk of which is NCR land, have been leased out over the past 20 years to many companies and state agencies. 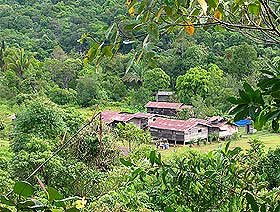 “As such the natives can sue the state government for lawfully interfering or impairing their native customary rights and stop or blockade the companies issued with the licences or leases for encroaching onto their NCR land,” Ngau said.

He said the decision would also have some bearing on 203 NCR land cases which would start their hearing from September this year.

He suggested that the Sarawak government should now start gazetting the communal land boundary of the natives throughout Sarawak, what the Brookes and British governments did during their times.

During the Brookes times they even issued an official circular N0. 12 of 1939, directing district officers and land and survey department to record communal land boundaries of the natives. This had resulted in the compilation of the record of such land boundaries of the longhouses in the Baram district in the registrar of land boundaries now kept at the district office in Marudi, Baram.
Rights of natives over their land restored
Ngau said: “The native courts have upheld the land boundaries in many cases. Unfortunately, the Sarawak government failed to respect the NCR land of the natives as what the Brookes and British did. That resulted in the tragedy befalling the natives in Sarawak until today.“With this decision of the Federal Court, it is imperative for the Sarawak government to immediately give effect to it and stop arbitrarily issuing licences or leases over NCR land within the communal land boundaries,” he said. 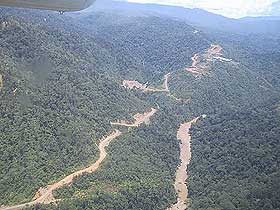 Another NCR land lawyer, Baru Bian said that he was absolutely delighted as the decision of the Federal Court had finally sealed the finding of the High Court in the landmark case of Nor Nyawai that NCR land was not only confined to temuda land, but it included “pemakai menua” (territorial domain) and “pulau galau” (communal forests).

“This concept is now settled. This is because Nor Nyawai says common law recognises the pre-existence of adat and custom. Now it is a question of adducing evidence,” he added. In welcoming the Federal Court’s decision, the Sarawak Dayak National Union (SDNU) was happy that the Federal Court had put back the rights of natives over their land.


Be sensitive to needs of natives

Its publicity officer, John Anthony Brian, said that SDNU urged the NCR land owners to take this opportunity to move forward and develop their land.

Meanwhile, efforts to get the State Minister of Land Development James Masing and Minister of Rural Development, Alfred Jabu anak Numpang, who is also chairman of the NCR task force, to response to the Federal Court’s decision were unsuccessful.

Being Dayaks, both ministers should be the right persons to comment on behalf of the state government on the implications of the Federal Court’s decision.

It is understood that the state legal counsel, J.C. Fong, who represented the state government had briefed the chief minister Abdul Taib Mahmud on the decision.

Meanwhile, NCR land lawyers and NCR land owners are watching closely what the Taib government’s next move will be to avoid being sued.
Posted by Jetty at 11:13 PM

Now, it's time for our brothers and sisters of Penans to sue the government of Sarawak for the killings of their brethens while defending their lands.

Masing and jabu are in shit now! they will face serious trouble with the dayaks.They all have NCR land stolen from the dayaks and now those dayaks can reclaim their land by all means,even if they have to go to the court.
Masing and jabu can face the dayaks anymore.They will be gantong by the dayaks if they return to their longhouse.
For years masing and jabu are in denial about the rights of the dayaks over their land.They purposely rufuse to entertain the dayak's request to stop stealing their land when infact they are the ones who gang up with the foreigners to steal the NCR land.
Now Awang Tengah have to apologise to the dayaks for asking them to prove that their land is theirs.He and all those who have a hand in the stealing of the NCR land must return the stolen land back to its rightful owner.
Now is the time the dayaks must fight back and take back all those NCR land.

Hi there everyone.
It's been quite sometimes i have been away from this blog.
Thank God, the greatest, the maker of all things on earth and in heaven that our NCR right have been restored.
The next move is, i humbly urge those like Baru Bian. Harrison Ngau and others having legal background to go around to all Dayaks longhouses to help them out. Those whose NCR lands being taken or invaded or rampas to sue those responsible. Help them and make money from the state government...ha....ha...ha. Well i mean if the state govt have been making money by grabbing our NCR lands, now is our turn to make money out of it from the state govt, fair right, itu namanya KEADILAN.
Another matter is Joseph Entulu's remark recently. We have to understand his motive, the sincere motive of Joseph Entulu. We have to look behind the curtain why Entulu is up with the idea of dropping the word Dayaks. All he needs to do is to speak without fear and favour. Entulu, as a politician should let ordinary people knows what is in your mind. Anyway do not blame him. Those who blamed him or those still in cloud nine can confront him to find out what he has in mind.
Or let me enightened us all bit. WE iban have been sidelined with regard to engagement to govt service, be it federal or state, in the guised of the term DAYAKs. The iban is always the one who suffer with minimal intake. This also applies to others like promotions etc. What i suggest now is to pat the back of Joseph Entulu be a front fighter, not a shadow dancer.
Tq.

If BN Sarawak really committed to eradicate poverty among the natives, the government should assist people on how to develop their land; NOT manipulating and robbing them.

Now it is time for these dayak leaders to give back what they owe to the natives.

SALCRA should reimburse and pay (fairly) what the owners SHOULD have for their palm oil all these years.