Recent court rulings favouring natives in NCR land issues should be seen as a warning to potential investors. 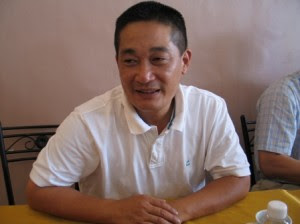 “There is no alternative for big oil palm companies but to cooperate and work directly with the native landowners, and this means you (the companies) have to respect their (landowners) native customary rights over the land.

“They should respect the customary rights of the native landowners, although the government does not respect the people’s rights if they want to develop their land,” he said.

See, who is also Batu Lintang assemblyman, was commenting on a NCR land case between 168 native landowners and Pelita Holdings, Boustead Pelita Kanowit Sdn Bhd, Land and Survey Department and the State government.

The landowners had sued the companies and the state government after the firms failed to honour its agreement and disburse profits to landowners despite four years of yeild.

After hearing the argument by lawyer Baru Bian, the Sibu High Court ordered the agreement to be cancelled and land to be returned to the landowners.

Damages and compensations are to be assessed later.

Relating to the case, See said that the companies could appeal, but the land will have to be returned to the people.

“We are busy looking for a good plantation company to replace Boustead and help manage the plantation.

“The natives are not anti-development as labelled by certain quarters. In fact they want development; they want a better life for themselves and for their children and their future generation,” See stressed.

He pointed out that knowing this investors should work together with the landowners to develop the land.

“But when investors insist on going together with the government and get the provisional leases and start planting oil palm then you bear the consequences.

“We have won so many cases (nearly 20 cases) and the precedents are all there. And for those who listened to us they are now making money and the natives also benefit.

“It has got to be a win-win situation. But if you do it alone, you may win all or lose all. In the case of Boustead as well as in Gedong and other cases, the companies lose all,” he added.

“If they work with the native land owners, there will be a win-win situation. But if they chose to listen to the government, of course you either win or lose that kind of thing,” he said.- The Free Malaysia Today.
Posted by Jetty at 10:15 PM

Have NCR initiatives as promised by Taib Mahmud last year started? Taib promised that the state government would identify NCR land in all divisions with the purpose of segregating genuine NCR land from the state land. He promised the project to take off before the end of last year. According to Taib the Department of Land and Survey would then send out their surveyors to undertake perimeter survey on the parcels of NCR land identified.

In these initiatives, the government must recognise 'TEMUDA", "PEMAKAI MENOA" and "PULAU GALAU", in its plan to survey them and issue land titles to the owners because these categories are recognised by the Federal Court as NCR land in the civil suits brought by the natives against the state government.

I am just a longhouse dweller and I know all these procedures, and I believe all our Iban/Dayak ministers in BN know better than me.

Taib will introduce the most unimaginable law in the world to retaliate against the court decisions.A law that prohibit referring NCR issue to court irrespective of the rights of an individual as enshrined in the constitution.

Please communicate with our beloved and trusted Hogansiaus, YAB Tan Sri Datuk Patinggi Alfred and his two (2) assistants if you have any query on NCR Land Matters. Throwing your ideas in the blog may warrant unnecessary misinterpretation which can tarnish the good image of our Higansiaus.

Our Hogansiaus are in the best position to advise, facilitate and if necessary bring up the matter to the correct authority.

We have to trust our hogansiaus for they are almost saint in as far as proctecting the Dayak rights is concerned. NOT THE NGO or Individual critics.

Poor as they are, we, their subject must honestly admit that not a single inch of our hogansiaus' properties - landed or otherwise, are acquired illegally or as a favour in lieu of / trade in of their subjects (the Dayak People)rights or properties especially NCR Land.

Maybe we dayaks being the direct subject of our hogansiaus through SDNU / SADIA / FORUM / DBNA could suggest to upgrade their honourable title from Hogansiau to High Priest of the Dayak Race.

Will you tell your Hogansiaus to safeguard the interests of of the Dayaks and protect their rights especially their NCR land. Do your Hogansiaus recognise Temuda, Pemakai Menua and Pulau Galau?